Seeing and Disrupting Racism: A Focus on White Fragility | VBSR

This workshop is just the beginning. Our hope is that you will continue to do anti-oppression work generally – and specifically racial justice work – in an ongoing way (with or without us).

Seeing and Disrupting Racism: A Focus on White Fragility will be presented by facilitators from Peace & Justice Center, and is part of VBSR’s ongoing Racial Justice Webinar Series.

The workshop will take place virtually via Zoom Meeting and upon registering for the workshop, you will receive an email with details as to how to join the virtual workshop.

Registration for this interactive meeting-style workshop will be capped at 50 participants to maximize the experience for attendees. The workshop will be offered twice, taking place on the following two dates.

Please register for one of the two workshop dates below: 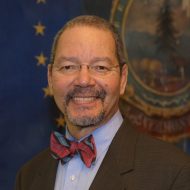 Hal spent 17 years in the culinary field as a chef culminating in a teaching position at New England Culinary Institute (1989) after attending the University of Pennsylvania (1975). Transitioning to social services in 1993 as Assistant Director at Chittenden Community Action, Hal created the Good News Garage (1996) and NeighborKeepers (2006) as a social entrepreneur. He received an honorary Doctor of Humanities degree from Saint Michael’s College (2000) for creating Good News Garage. Appointed by Governor Peter Shumlin in 2011 as Executive Director of SerVermont, Hal served as Partnership for Change Director from 2013 to 2018. Hal was named the 2014 “Vermonter of the Year” by the Burlington Free Press. Hal now serves as Deputy Mayor in Winooski and was appointed by Governor Phil Scott in 2019 to serve as State Representative for Winooski.

Why Hal does this work? In 2003 Hal applied for the Vermont Leadership Institute Class of 2004 and was asked this important question during his interview, “What is the most pressing issue facing Vermont?” Hal replied systemic racism. If he were asked that question today, he would give the same answer. Hal has spent the last 20 years facilitating conversations about race, power and privilege in Vermont and the last several years co-facilitating similar workshops statewide for the Peace and Justice Center based in Burlington, VT, Boston Federal Reserve Bank, and 350VT.org. Hal believes that systemic racism wounds All of us. Hal says that if we are to become fully human, then my white brothers and sisters whether they use pronouns of he, she, or they, must take responsibility for dismantling systemic racism. 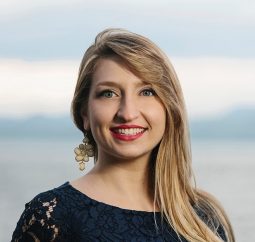 Sarena Maron-Kolitch has spent her career in education and capacity building in New York City and abroad, working towards educational equity, and gender, racial, and economic justice. She recently relocated to Vermont after a year of living in Spain, and is currently a leadership and nonprofit consultant to Columbia Business School, The Bill and Melinda Gates Foundation, and The King Khalid Foundation. Sarena was previously Associate Director of Programs in Social Enterprise at Columbia Business School Executive Education, where she oversaw a portfolio of leadership development programs for nonprofit leaders. Prior to her nearly seven years at Columbia, Sarena was a middle school special education teacher in Brooklyn, New York. Sarena holds a B.A. in Women’s, Gender, and Sexuality Studies, and Education from Colby College, an M.S. in Childhood General and Special Education from Hunter College, and an M.A. in Adult Learning and Leadership from Teachers College, Columbia University. Sarena currently lives in Burlington with her partner and puppy, and is a baker, musician, and avid traveler. 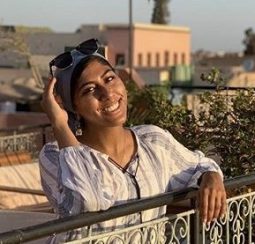 Kiran Waqar is a rising junior at American University studying Sociology with minors in Arabic, Transcultural Studies, and American Studies. She has worked with numerous groups, most notably in Vermont, the well-known slam poetry quartet Muslim Girls Making Change.

Register to attend this workshop on one of the two below dates: